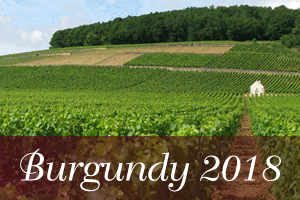 The reds are characterised by deep colours and opulent fruit, being ripe, intense, with depth and fine tannins to help the better crus age. The few wines we have tried so far have been impressive down the Cote d'Or and into Beaujolais.

The whites are fresh, rich and fleshy. The better growers have retained freshness and terroir mineral expression by picking the fruit just when ripe and with enough soft tartaric acidity to balance. As malic acid levels were generally low, few had to resort to malolactic fermentations.

So far we tried several superb selections from those producers in the list We tend to offer our favourites as they are released. Let us know your interest soon as merchants and critics are already hyping up 2018 to be another great vintage.