You are in: Home  > Saint-Ãmilion > Château Ausone 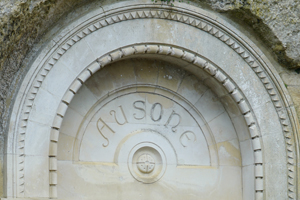 A mere seven hectares of vineyards spread over a steep, south-east facing sun-trap of a slope on the outskirts of the town of Saint-Émilion in Bordeaux are what make up the Château Ausone estate. The estate is named after the Bordeaux-based Roman teacher, writer and poet, Ausonius, who is believed to have owned the vineyards back in the 4th Century. The estate suffered during the mid 20th Century from a lack of investment, neglect and apparent family acrimony and disinterest but has since, under new ownership and expertise, more than recovered its previously deserved reputation for fine wines.
Wine