You are in: Home  > Pauillac > Château Latour 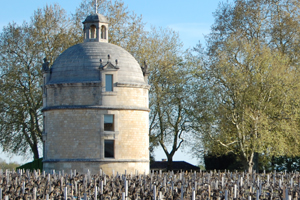 Many consider Latour to be the sturdiest and longest lived of all the first growths. Latour consists of 78 hectares on the southern reaches of Pauillac with the 47 that surround the Château referred to as “l’Enclos”. The Grand Vin is only produced from these plots, some of which are over 100 years old. These vines are a few hundred metres from the Gironde which moderates the climate and optimises the ripening period. Rigorous selection post harvest determines the grapes which will make the Grand Vin. Vinification is modern in temperature-controlled stainless steel with a vatting of around three weeks. Ageing is generally for around 18 months in all new barrels. Latour is a classic Pauillac blend, typically 75% Cabernet Sauvignon, 20% Merlot. There is also the excellent second label “Les Forts de Latour” and third label ‘Pauillac de Latour’.
Wine