You are in: Home  > Burgundy > Coche-Dury 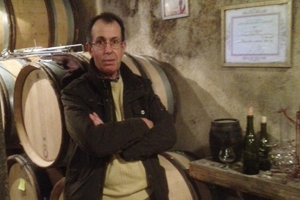 Domaine Jean Francois Coche Dury is a very small vigneron in Meursault who produces around 3500 cases from 9 hectares. The domaine is best known for its white wines made from Chardonnay, with wine critics Clive Coates saying "This is one of the finest white wine domaines in the world" and describing Jean-François as "one of the superstars of white Burgundy", Jancis Robinson noting that the estate is in her opinion "certainly the most reliable source of great white Burgundies".

The Chardonnay vineyards cultivated by the estate include 0.34 hectares of Grand cru vineyard Corton-Charlemagne which was acquired in 1986 and three holdings of Premier Cru vineyards in Meursault with 0.5 acres in Perriéres, 0.18 acres in Caillerets and 0.21 acres in Genevriéres. Village classified vineyard holdings consist of 0.13 acres of Chevalières and 0.73 acres of Rougeots, both in Meursault, plus half an acre of the Puligny-Montrachet based Enseignières vineyard acquired in 1985.

In 2012, the domain acquired the previous rented Grand cru vineyard Corton-Charlemagne, so half of the plot is owned by the domain and the other half is rented. A number of red wines are produced, vineyard holdings include 0.5 acres of Auxey-Duresses, 0.28 hectares of Monthelie, 0.34 hectares of Pommard Vaumuriens and 0.39 acres of a Premier cru Volnay which is usually blended together but in 1999 was split into Clos des Chênes and Taillepieds specific bottlings.