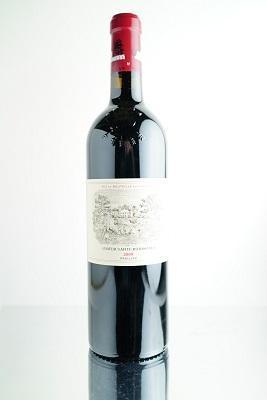 99+
RP
100
LA
"The main reason the 2009 Lafite Rothschild did not receive a perfect score is because the wine has closed down slightly, but it is unquestionably another profound Lafite, their greatest wine since the amazing 2003. Among the most powerful Lafites ever made (it came in at 13.59% alcohol), the final blend was 82.5% Cabernet Sauvignon, 7% Merlot and the rest Petit Verdot. The selection was incredibly severe with only 45% of the crop being utilized. A tight, but potentially gorgeous nose of graphite, black currants, licorice and camphor is followed by a full-bodied wine revealing the classic elegance, purity and delineated style of Lafite. It is phenomenally concentrated with softer tannins than the 2005, the 2003's voluptuous, broad, juicy personality, and low acidity. There are several vintages that I thought were a replay of their colossal 1959, most notably 1982 and 2003, but 2009 is also one to keep an eye on. It is still extremely youthful and seems slightly more backward than I would have guessed based on the barrel tastings, but it needs 10-15 years of bottle age, and should last for 50+." Robert Parker
6 x 75cl
£4000.00
In-Bond
(equivalent bottle price £666.67)
Qty Available: 1
PRODUCT ID: LAFRO09B06LI
More from this producer
All prices exclude VAT and all wines are offered subject to remaining unsold. E&OE.
Home
Storage
Terms & Conditions
Testimonials
Contact Us
Wine Scorer Key
Bordeaux:
Ch. Angélus
Ch. Ausone
Ch. Beychevelle
Ch. Branaire Ducru
Ch. Calon Ségur
Ch. Cheval Blanc
Ch. Cos d'Estournel
Dom. de Chevalier
Ch. Ducru Beaucaillou
Ch. Haut-Brion
Ch. La Fleur-Pétrus
Ch. Lafite-Rothschild
Ch. Lafleur