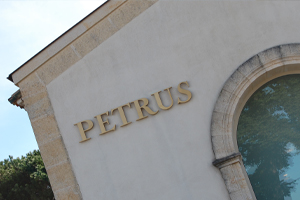 One of the World’s most expensive reds. The Pomerol Grand Vin was purchased in the early 1960’s by the Moueix family. There is a very high proportion of Merlot in the blend with just 5% of Cabernet Franc. The property is in the north of the appellation with an elevated aspect and planted on well-drained clay soils, which particularly favour Merlot. The vineyard is of a significant age for the region and every care is taken in tending the vines with an extremely rigorous sorting at harvest. Vinification is traditional with fermentation in cement tanks and ageing in new oak for up to 28 months. Always bottled unfiltered, Pétrus is a consistently rich, concentrated and exotic red with sumptuous dark fruits, spices, hints of truffle and wonderfully supple, finely chiselled tannins. Although approachable after a few years, Petrus can age for several decades.
Wine